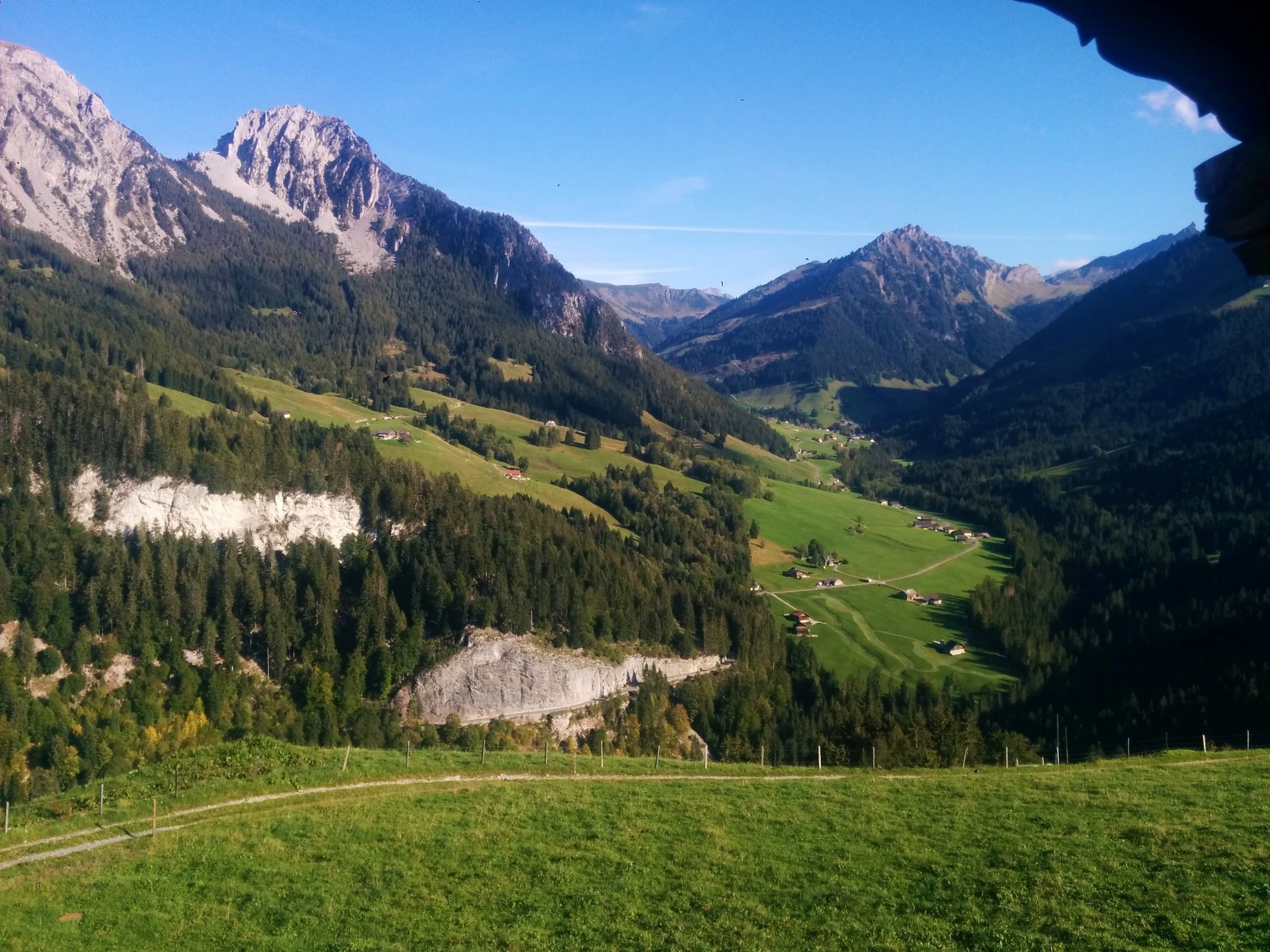 Every country has its quirks. This week’s blog post covers some of the things that make Switzerland terrifically Swiss.

1. No Snuggling Under the Covers!

This is something I experienced in Germany too but forgot about until my recent trip to Switzerland. Instead of two people sharing one quilt and one mattress, in Switzerland there tends to be two of everything: two pillows, two duvets, and even two mattresses.

How terribly unromantic! It is very practical though. How many times has your bed companion been too hot and you too cold or vice versa? There’s also often one scoundrel hogging the quilt and the other is left shivering. Not to mention the difficulty of putting a quilt cover on a king-size duvet!

So maybe the Swiss are onto something with individual bedding. It’s definitely easier to control your temperature and it makes things a lot easier when it’s time to change the bed. I definitely won’t be a convert anytime soon though. I’d much prefer to snuggle under one big blanket and warm up my ice-cold feet on my partner’s toasty bum than be hermetically sealed inside my own blanket.

With mountains covering more than 60% of Switzerland’s land area, even if you’re not a seasoned walker, you may feel your inner mountain goat calling. Having more high peaks than any other European country (48 of them are above 4000 meters) you’ll need some serious equipment if you plan to go hiking up any of them. Boots, walking sticks, ice picks, the lot. These are some impressively beautiful and challenging mountains, and even if you don’t climb Mont Blanc, a walk in any direction will take you to at least a large hill if not a mountain. So pack those boots and enjoy the Swiss nature! See last week’s blog post for some walking inspiration.

3. Get Ready for a Dairy Overdose

Vegans and the lactose intolerant: go at your own risk! Swiss cheese is delicious, but it’s dangerously easy to overindulge and by the end of your trip you’ll most likely have indigestion and will be vowing never to even look at another piece of cheese in your life. (Until next time, of course.) Be prepared for dairy at every meal, day and night. Whether it’s the wide variety of Swiss cheese eaten on its own or melted as raclette or fondue, or the monstrously indulgent double cream generously sloshed over meringues, not to mention the ubiquitous creamy milk and butter, dairy is everywhere.

They even use it in their soft drinks for Christ’s sake. Rivella, the nation’s soft drink of choice behind Coca Cola, is produced from milk whey and includes lactose and lactic acid. I wouldn’t say it’s my favourite drink, but it’s better than it sounds.

And please, don’t make my mistake of cheesing off the locals by asking serving staff if they might, by any chance, have some soy or oat milk. The land overflowing with milk is incredibly protective of its dairy industry and such a request will likely be met with a firm, even offended, “NO”, with no further explanation given. While cities like Zȕrich will have restaurants catering to vegans and vegetarians, I would say vegetarianism and veganism hasn’t quite hit rural Switzerland, or even big cities like Geneva for that matter. So if that affects you, do take your own goodies, or eating out will be difficult.

4. Be Prepared for Surprising Culinary Delights like Cenovis and Ragusa

Leaving the cheese aside, Switzerland offers other yummy niceties to delight you. Take Cenovis, a dark brown paste based on yeast extract and rich in vitamin B1. This is the Swiss version of Marmite or Vegemite.You can use it to flavour soups, salads and sausages or the most typical way – spread it on bread or toast. A perfect counterbalance to all of the other creamy food on offer.

How could I write about Switzerland and not mention chocolate?! The Swiss are truly champion chocolate munchers and consistently top the charts when it comes to chocolate consumption per capita. Last year the Swiss ate approximately 8.8kg of chocolate per person!

The country has earned an international reputation for high quality chocolate, with some of its most famous brands including Lindt & Sprungli, Milka, and Toblerone. However, my personal fave has to be Ragusa – a rectangular bar full of chocolatey praline goodness and jam-packed with whole hazelnuts. Crunchy and creamy at the same time, it’s a delicious treat which is particularly yummy melted in a cup of tea or coffee.

You’re traveling in the continent, so standard European plug sockets, right? Erm, actually, no. In fact, the sockets in Switzerland look like they should fit the EU two-prong standard, but they are slightly, yet imperceptibly, too narrow for them, leading you to question your sanity as you attempt to coax the plug in with futile exasperation. So don’t make my mistake of not taking a travel adapter and then being left panic-stricken when you can’t charge your laptop. Buy an adapter! You’re already spending a tonne of money there, why not spend a little bit more?!

6. The Prices will give you a Heart Attack

Speaking of money, it’s no secret that Switzerland is expensive. The country is consistently ranked as one of the most expensive countries in the world, with Zürich and Geneva always appearing in the world’s top 10 most expensive cities. Evidently helping rich people to, let’s say “manage their wealth”, is lucrative, as is being the premier manufacturing hub of designer watches and other luxury goods.

Of course there are always budget options and ways to save money but compared to other European countries, it’s still going to be expensive. I’m still shell shocked that we were charged 9 Swiss Francs (about €9) for two bottles of water. Which brings me to my next point:

7. You Need to Change Your Currency

Not content with having their own plug sockets, Switzerland has to go and have its own currency too. Always different to everyone else. Not something the Brits would ever do…

The legal tender in Switzerland is the Swiss Franc, used only in Switzerland and the tiny neighbouring microstate of Liechtenstein*. Fortunately, the conversion rate is currently around 1 Euro to 1 Swiss Franc, so no need to make tricky calculations.

If you only go to Switzerland for a short stay, or if you forget to take out the local currency, don’t worry, Euros are widely accepted across Switzerland. However, there is no obligation to accept Euros and they’re not usually taken in small shops or kiosks. Plus, the exchange rate will generally not be in your favour, so it’s better to get your hands on some local currency, or use your bank card.

*By the way, if you haven’t visited Liechtenstein, don’t bother. I went there once to satisfy my terrible urge to collect countries like stamps, and aside from Vaduz castle, there isn’t really anything to see. Oh that, and you can get your passport stamped with a Liechtenstein stamp at the tourist information office…

Like Spain, Switzerland has four national languages: German, French, Italian and Romansh. So make sure to check ahead of your trip what languages are spoken in the areas you’re visiting. The majority of Switzerland’s population speak German, but not the German you learnt at school. Haha, no. That would be too easy. In Switzerland, most people speak Swiss German – Schwyzerdűtsch. This dialect of German is so different from the standard Hoch Deutsch that most Germans would not understand it and subtitles are used when Swiss Germans speak on German TV. Having said that, Swiss children do learn standard German at school and so are perfectly able to communicate clearly with German speakers.

Despite being largely unintelligible to foreigners, the language sounds very cute, or hȁrzig as the Swiss Germans say, because lots of words end in ‘-li’, making them very fun to say. Some examples include the common greeting Grüezi from Gott grüez-i meaning “God Bless You”, Rüebli meaning ‘carrot’, Chäs-Chüechli – cheese cake, and of course müesli and which we use in Engish too, (not to be confused with Müüsli which means small mouse). I could go on all day, these kind of things tickle me immensely. If you’re interested in learning more, there are a tonne of other sweet words you can have fun trying to say in this great quick guide to Swiss German. Having said this, you can usually get around fine with English, but learning some of the local lingo will always give you brownie points.

One thing that strikes visitors when visiting Switzerland is how pristine it is. I don’t just mean that you don’t see litter, the Swiss clean things you wouldn’t even think about. The inside of tunnels on the motorway? Yip. Some small weeds at a service station in the middle of nowhere? You bet. Anything you could clean or tidy up will be will be kept in sparkling condition in Switzerland.

Approximately CHF200 million is spent to clean up litter every year, which is encouraging as it shows the Swiss are no cleaner than the rest of us, they just invest in an army of cleaners work who around the clock to keep the country looking picture book perfect.

Switzerland’s love of cleaning extends so far that Geneva even has some of its famous chocolates made in the shape of rubbish bins!

Due to a unique Swiss law passed in 1963, every citizen has a place to shelter in the event of an attack. Originally constructed due to the widespread fear of a nuclear strike during the Coldwar, these bunkers were meant to protect this neutral country in the worst case scenario. And it’s not just private dwellings that have nuclear bunkers, you’ll also find them in hospitals, schools and even under motorway tunnels. In short, they’re everywhere, and provide coverage for 114 percent of the population, making the Swiss the undoubted Weltmeister of shelters. Check out TimeOut’s 16 eerie pictures of Switzerland’s hidden bunkers here.

Interestingly, even new build properties are required by law to have a functioning shelter, unless the owners opt to pay a fee to have access to a communal shelter. Paranoid? Security obsessed? Maybe. Switzerland spends more than 20% of its budget (almost more than any other country) protecting themselves from any eventuality.

And it doesn’t look like the requirement to build air raid shelters will be disappearing anytime soon. Even once the Cold War ended, it was decided that these bunkers could still be useful in the face of natural disasters, chemical accidents and terrorist attacks using dirty weapons. So if disaster strikes, you know what to do: make a Swiss friend, invite yourself to their nuclear fallout bunker, and eat your own weight in cheese, chocolate and Cenovis while you wait out the storm. Just remember your travel adapter. And no snuggling under the same blanket!

That’s all for this week. Sending you positivity and sunshine from Barcelona!

What do you think? Did anything on the list surprise you? Is there anything else you think I should add?

How to Have a Very Swiss Weekend